It grows in the Riau province of Indonesia and plays an important part in the medical histories of countries like Malaysia and Thailand.

This strain, which originated on the island of Sumatra’s southeastern coast, has caused chaos among Kratom consumers.

Red Riau of Kratom was originally known as “Sumatra Kratom,” but has now changed its name.

Because a large number of individuals are interested in this unique strain, the market for Riau Red Kratom has seen a significant increase of about tenfold.

This Kratom has a long list of benefits and is said to have calming and therapeutic properties.

The Red strain of Kratom does not only put the mind of a user in a state of calmness and relaxation but also allows him to accept life with peace. 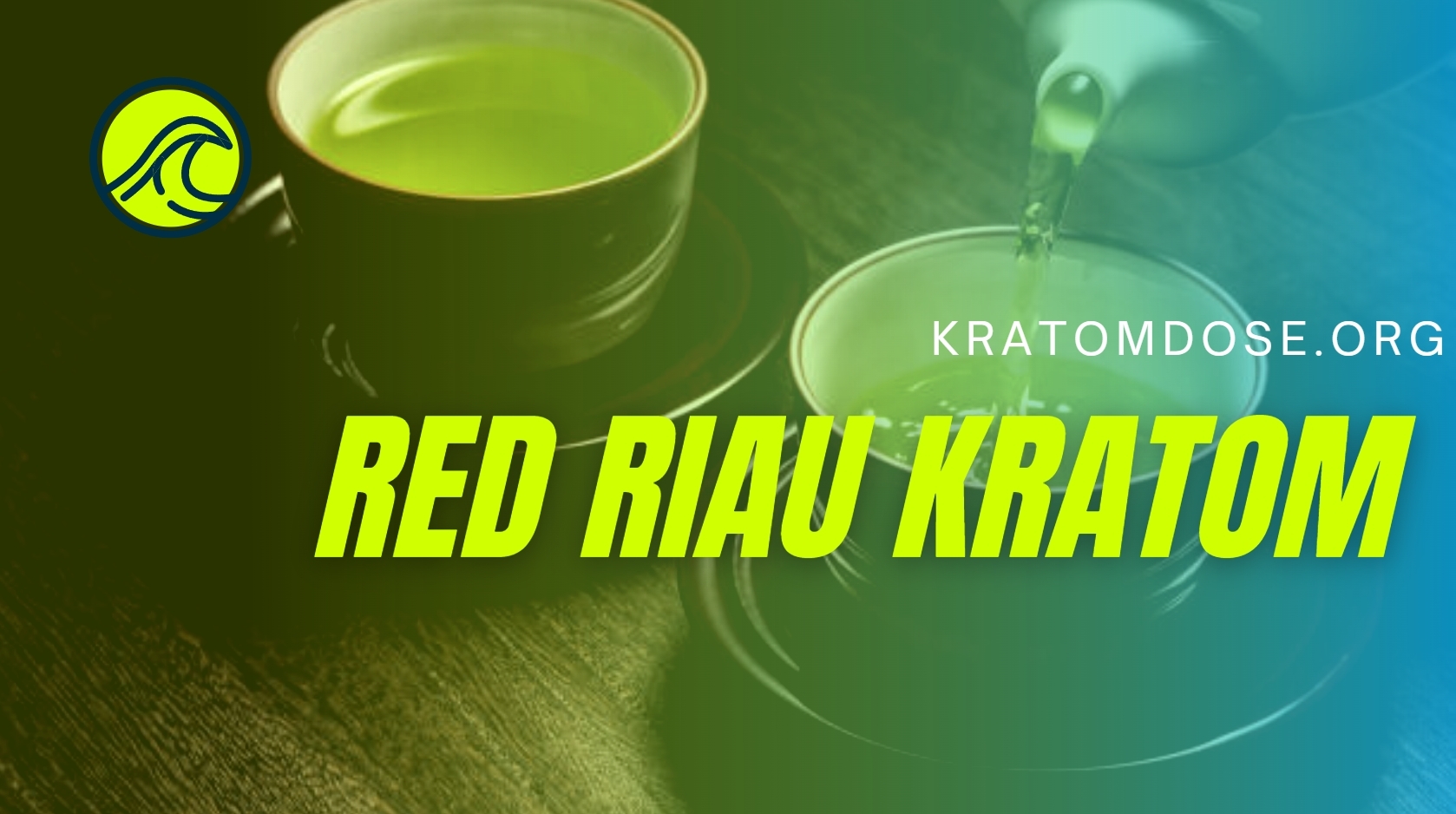 Origin of the Red Riau Strain

According to one of the major providers of Red Riau Kratom, the red strain thrives in both primary and secondary rain forests in the province of Riau.

After passing through unique methods that include harvesting, drying, and sophisticated process, leaves obtained from these wild trees are dried and turned into powder.

The climate condition in Riau is ideal for the growth of Mitragyna speciosa trees, which have many characteristics in common with those found in Indonesia’s Borneo and Sumatra regions.

Red Vein Riau Kratom has many similar characteristics to other different strains cultivated in Indonesia.

However, some characteristics of Red Vein Riau, such as its pure fineness, differentiate it in the opinion of professional users.

Furthermore, the red strain of Kratom has a fresh, pleasant aroma that makes it enticing for a lot of people to take it.

The effects of Kratom Red Vein Riau are similar to those of other red-veined Kratom strains.

Because of their calming effects on the body, these leaves are often used as a relaxant.

It has the same effect when used as an anxiolytic to calm the nerves. It can also be used as an analgesic in the treatment of pain.

Red Riau, on the other hand, is considered to be far less concentrated than its nearest competitors Kratom variants like Red Thai or Red Bali.

This Kratom strain shares a lot of features associated with Red Sumatra and is reported to have a stimulating impact on the brain.

Riau Kratom is a mellow strain that is claimed to have beneficial benefits on both the mind and the body.

The strain has a nice flavor with very little bitterness, making it appropriate for raw consumption or use in herbal teas.

Mitragyna Speciosa has been discovered to contain a large number of alkaloids, which are responsible for its significant benefits.

Mitragynine and 7-hydroxy mitragynine (7-HMG) are the major components of this species (7-HMG).

According to a general estimate, M. speciosa contains about 40 additional chemicals, including mitragynine faux indoxyl, mitraphylline, Rhynchophylline, 9-Hydroxycorynantheidine, Isopteropodine, and many others.

These alkaloids are extremely potent, and our bodies have no immunity to them, and this allows them to exert their effects for prolonged periods.

How Should Red Riau Kratom Be Consumed?

There are two ways to get the most out of a Red strain of Kratom.

The first technique is to make herbal tea with this Kratom species.

This is accomplished by combining the powdered form of Riau Red Kratom leaves with boiling water in the required amount.

The benefits of Red Vein Riau Kratom can be boosted by adding a few drops of lemon to the tea and then consuming it as soon as possible.

The second approach of consuming the Red Riau Kratom is the ‘toss and wash’ method.

This method involves properly measuring the needed amount of Riau Kratom, which is then taken with plain water or grapefruit juice for optimal effects.

The use of alcohol with Kratom is strongly discouraged due to the potential for uncomfortable situations.

When Should You Use Red Riau Kratom?

It is recommended that you take the Red Riau strain of Kratom on an empty stomach to prevent any possible reactions with food and to get faster benefits.

One of the best ways to get the most out of Red Riau is to eat it four hours after a large meal.

If the user stays in a dark room and engages in relaxing activities such as listening to slow music, the benefits of the Red Riau Kratom are claimed to be enhanced.

What Is The Appropriate Riau Kratom Dosage?

Red Vein Riau Kratom dose varies from person to person and is influenced by a number of factors.

The level of sensitivity to herbal treatment is the most important element in choosing the appropriate dose for an individual.

A moderate effect may be achieved with 1 to 3 grams of Red Riau Kratom.

5 to 7 grams of Red Riau are thought to be adequate for a significant impact.

Is It Safe To Use This Strain?

The negative effects of Red Vein Riau are only mentioned on a few occasions. The bulk of these cases involve excessive usage of Red Riau.

A rapid loss of body weight is frequent in persons who consume a big dose of the Red Riau Kratom strain on a regular basis.

Because the body rejects the Kratom species, the most typical adverse effect of Red Riau is nausea, which leads to vomiting.

People who use the Red Riau Kratom regularly are unlikely to develop health issues.

It is essential to apply moderation when using this strain, because, like any other medication, it is the key to preventing most of the avoidable side effects.