Red Asia Kratom is one of the highly demanded items on the kratom market, and it’s often difficult to come by.

According to some people, Red Asia may just be another name for Red Bali kratom.  Others argue that it’s merely a catch-all name used by merchants to portray any kratom product (because they’re all made in Asia).

Results from our research have shown that Red Vein Asia Kratom isn’t simply a cop-out. It is a fantastic strain — in fact, the term can apply to numerous strains — and we’ll tell you all you need to know about it here. 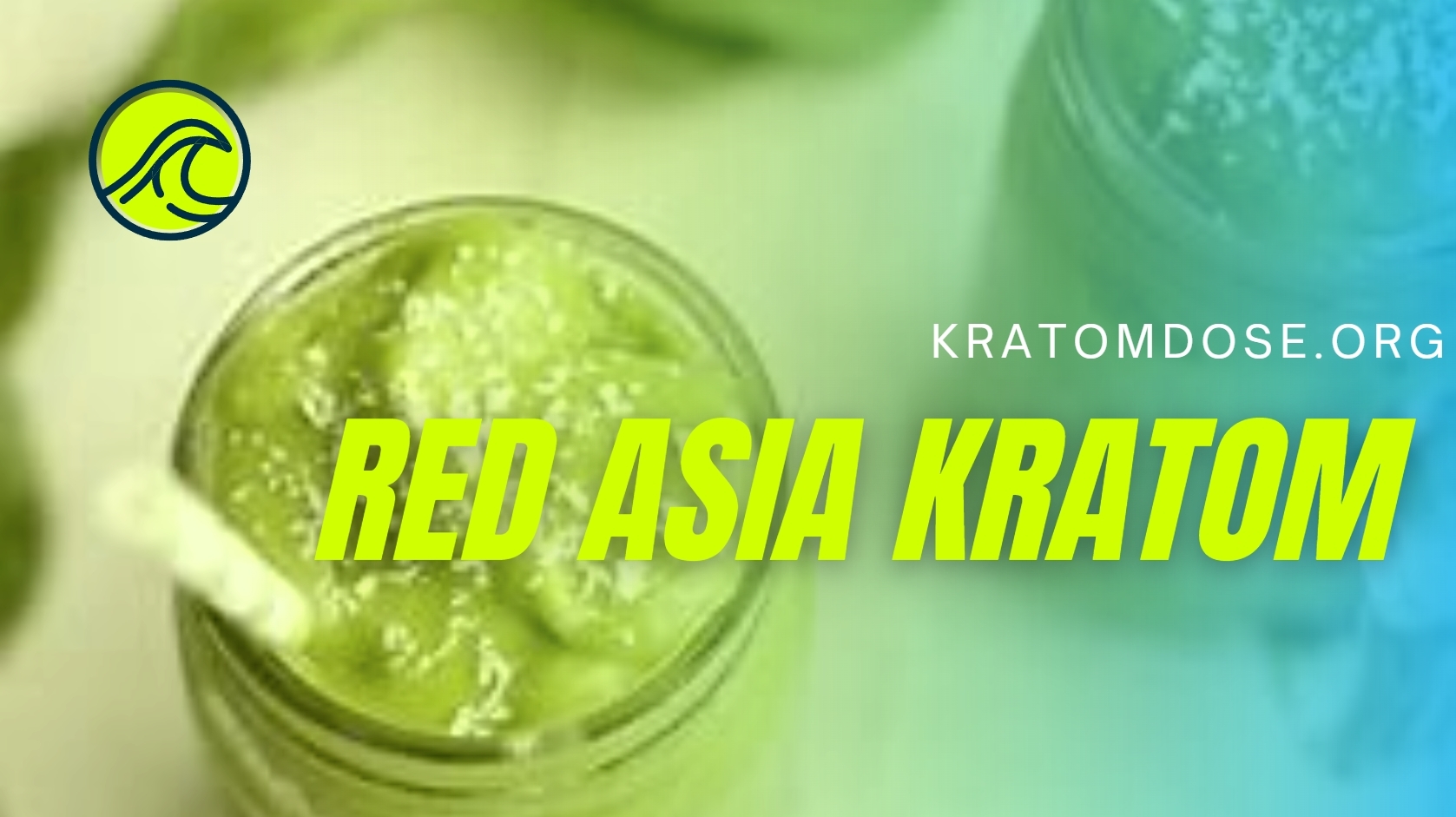 What Is Red Asia Kratom and How Does It Work?

Red Asia Kratom is a catch-all term for various types of kratom strains. Despite what some customers believe, it’s not merely a label that sellers slap on their Indonesian or Bali strains.

It’s also worth noting that strains belonging to the “Red Asia variety” are mainly cultivated in Sumatra, not Bali.

Sumatra is one of the world’s most biodiverse regions. Exotic plants thrive in soil rich in vitamins and minerals in the jungles you’ll discover here.

Sumatra kratom is powerful, to say the least.

When it comes to Red Asia, though, it might be difficult to identify dealers that clarify which cultivar they are offering. You may need to communicate with a vendor directly to help you understand better.

The majority of Red Kratom strains are fermented. Higher concentrations of some alkaloids can be developed by spontaneous oxidation and fermentation.

Paynantheine, speciogynine, and the grandaddy alkaloid 7-OH-mitragynine are the alkaloids present in abundance in red strains.

Asia Kratom is sedating and soothing because of the amazing interplay between these strong compounds. It’s a sedative and relaxation strain that also produces focus and clarity, which is unusual for a red strain.

Red Asia Kratom shouldn’t be your primary source of energy supplement. Although, it can give you a nip in the bud at modest dosages.

If you need long-term energy for work or sports, though, it is best to avoid this strain.

This is when Asia Red Kratom begins to reveal its true strength. It’s regarded as one of the best kratom strains for inducing sleep.

Red Asia strains are extremely sedating because of high levels of alkaloids including speciogynine and 7-OH-mitragynine.

These strains should be top of the list if you are searching for something to help you relax after a hard day, relieve stress after work, or combat insomnia.

This is also why Red Asia strains are not recommended if you want to have a productive day. It is because, after consuming it, it could make feel you yearn for the couch.

Regardless of which of the specific strains you receive, Red Asia Kratom is excellent for pain treatment. For individuals looking for larger amounts of sedating and painkilling alkaloids, these strains are one of the finest.

Many individuals have used Kratom Red Asia to help them wean off and finally stop taking prescription medications since it is so effective at combating pain. We can’t give medical advice, however, there have been several anecdotal instances of this occurring.

If you often suffer from anxiety, you might want to try Red Asia Kratom. It’s well-known for its anxiety-relieving properties.

Red Asia Kratom helps halt a panic attack and can be used to manage social anxiety and generalized anxiety. It’s essential to always keep in mind the highly sedating nature of this strain.

Red Vein Asia Kratom is also a fantastic choice for those looking to lift their spirits, and improve their mood.

Red Asia offers a sensation of calmness and peace, although without the same hard-hitting dopaminergic pleasure offered by some of the more stimulating strains.

It can improve your mood by minimizing the meaningless noise and chatter that most of us encounter on a daily basis.

Because it’s a sedative painkiller, it can also be used to treat depression. Just keep in mind that this is a strong plant that deserves to be treated with care and respect. Abusing it could lead to severe consequences, as we’ll discuss some of them in the next sections.

Since Red Asia Kratom is a term that represents numerous strains, you would assume dosage to be a bit tricky. It is, but for reasons contrary to what you might have in mind.

Except for minor variations in alkaloid concentration, kratom may be used in comparable dosages in most cases.

These dosages are based on the experiences of the ‘average’ kratom user. Keep in mind that your age, weight, metabolism, and other essential factors all have a role to play.

If the mentioned effects aren’t occurring at the prescribed dosages, you should slightly increase your dose. We’ll show you how to accomplish it below.

A modest dose of Asia Kratom will not provide the full sedative impact of its alkaloids. You may experience a quick burst of energy, followed by relaxation and a boost in your mood.

Even at lesser dosages, you may get some anxiety alleviation, but this is usually when the relief becomes more noticeable. You’ll also notice that kratom’s physically calming effects are more noticeable.

This is the dose you take if you want to get knocked unconscious or get rid of your pain. After a dosage like this, you’re probably going to want to do nothing except veg out.

Red Asia Kratom is one of the most difficult strains to come across.

This is partly because there aren’t many retailers who carry it. Also, you have no idea what strain you could be getting.

In any case, the strain you choose will almost certainly be quite strong. Red Vein Asia Kratom vendors appear to guarantee that everything offered under this name is powerful and effective.